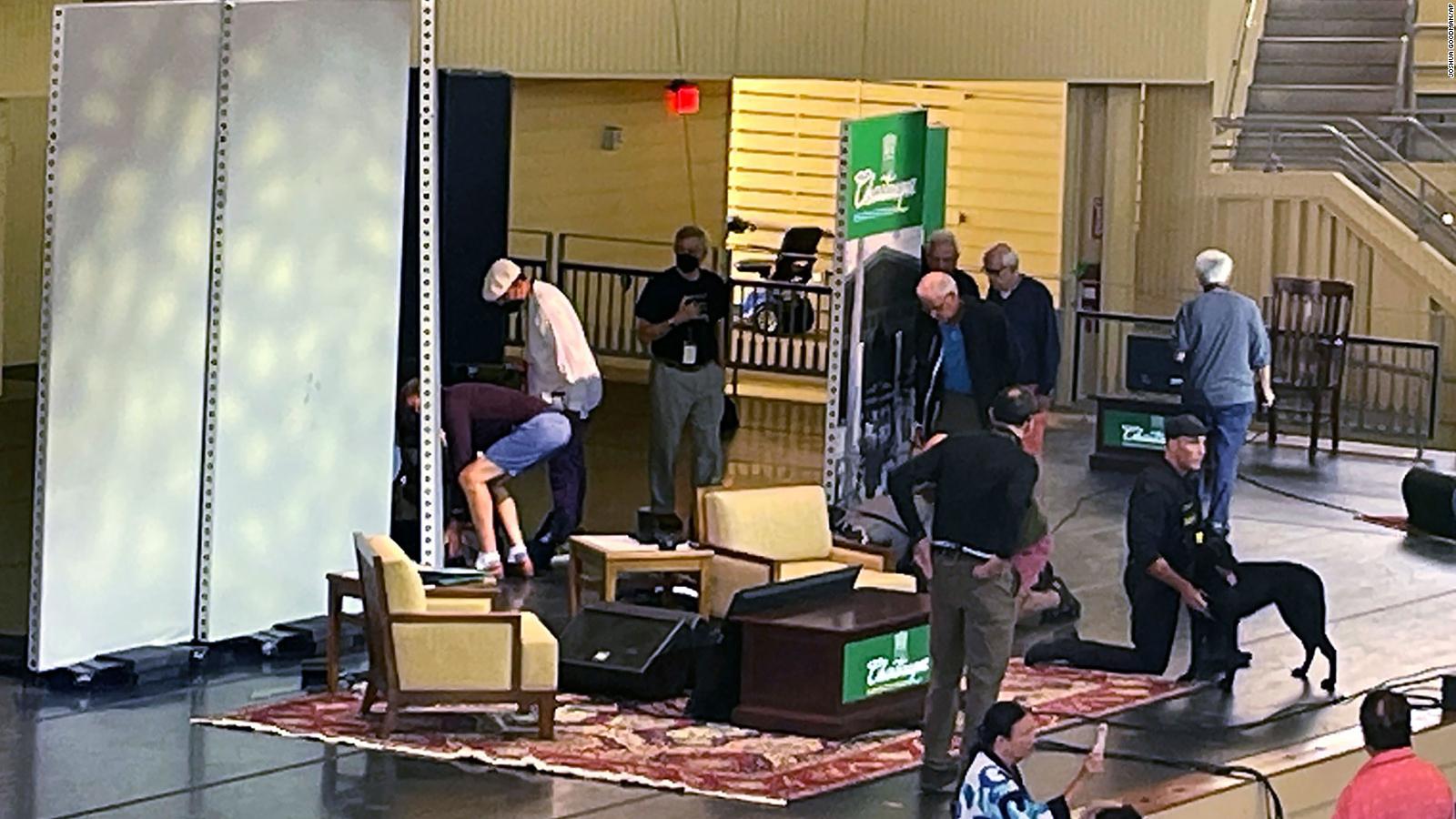 Author Salman Rushdie, behind screen left, is tended to after he was attacked during a lecture, Friday, Aug. 12, 2022, at the Chautauqua Institution in Chautauqua, N.Y. (AP Photo/Joshua Goodman)

shocked, devastated, and anxious. How the world is responding to Salman Rushdie’s attack

After being stabbed at a place in upstate New York where he was scheduled to speak on Friday, novelist Salman Rushdie has received messages of indignation and sympathy from all across the world.

The British author, who was born in India and has received death threats for his 1988 book “The Satanic Verses,” is on a ventilator after suffering at least two stab wounds, one of which was to the liver. According to his agent, he is anticipated to lose one eye.

The incident “appalled” UK Prime Minister Boris Johnson, who also offered his support for Rushdie’s recovery in a tweet.
“We should never stop defending Sir Salman Rushdie’s right to freedom of expression, and we are horrified by this. My thoughts are currently with his family. All of us are hopeful he’s okay “Friday, Johnson said.
Following the attack, French President Emmanuel Macron expressed his support for Rushdie.
“Salman Rushdie has stood for liberty and the struggle against obscurantism for 33 years. He recently endured a cowardly assault by the forces of hatred and violence. His fight is also our fight; it is a common one. We are on his side more than ever, “Obama declared.
Anthony Albanese, the prime minister of Australia, also denounced the incident as “sickening and wicked.”
Post Views: 40
Tags: AttackBoris JohnsonBritish authorNew Yorksalman rushdie
Share 0
Tweet
Share