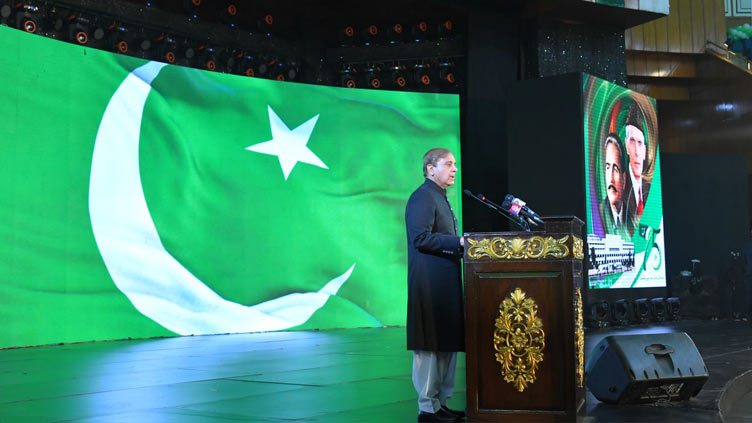 ISLAMABAD – On Sunday, Prime Minister Muhammad Shehbaz Sharif emphasised the need for a national conversation and for all interested parties to come to an agreement on an economic charter in order to turn Pakistan into a major economic force.

The prime minister said that on this 75th Independence Day, like their forebears, they committed to build Pakistan into an economic power. He was speaking at a national flag-hoisting and unveiling of the re-recording ceremony of the national song at the Jinnah Convention centre.

The prime minister continued, “If we can become a nuclear power, we can also become an economic power, but for that, we must work day and night and show the rest of the world that we are equal to anyone in the world.

Federal ministers, lawmakers, senior military and law enforcement officials, and citizens from all walks of life attended the ceremony.

The prime minister said, “The Pakistan Movement is a lesson for everyone that shows when a nation devises the route of its road, the mountain-like impediments and sea-like distances could not hinder them from accomplishing their goal.”

Allama Iqbal’s goal of a distinct motherland inspired a sense of pessimism that it was impractical, the prime minister recalled.

We applaud Pakistan’s founding fathers who overcame such pessimism and achieved independence and sovereignty as a result of their heroic battle, he continued.