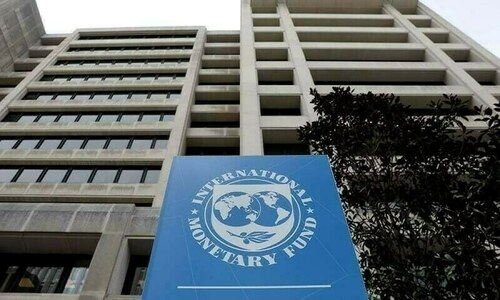 Government increases tax commitments as IMF board meets on the 29th

ISLAMABAD: The government has pledged to increase the petroleum development levy (PDL) on gasoline and diesel by a maximum of Rs50 per litre by January and April of 2023, respectively, to the International Monetary Fund (IMF).

Pakistan has made unwavering commitments to increase its foreign exchange reserves to at least 10 weeks of import coverage by the end of the current fiscal year from its current 5 weeks and to never use those reserves to support the exchange rate in its Letter of Intent (LoI) sent to the IMF for formal approval of the completion of the 7th and 8th reviews of the $7 billion Extended Fund Facility (EFF).

Esther Perez Ruiz, an IMF country representative, said on Wednesday that the Executive Board meeting for Pakistan’s combined seventh and eighth EFF reviews had been set for August 29.

In addition, the government has committed to requesting federal cabinet approval of “an implementation plan of monthly PDL increases of Rs10/litre for petrol and Rs5/litre for diesel on September 1, 2022, followed by increases of Rs5 per month for both fuels until the PDL reaches Rs50 in January for petrol and April for diesel” from the current rates of Rs20 per litre PDL on petrol and Rs10 on other three products – high-speed diesel, kerosene, and light diesel oil.