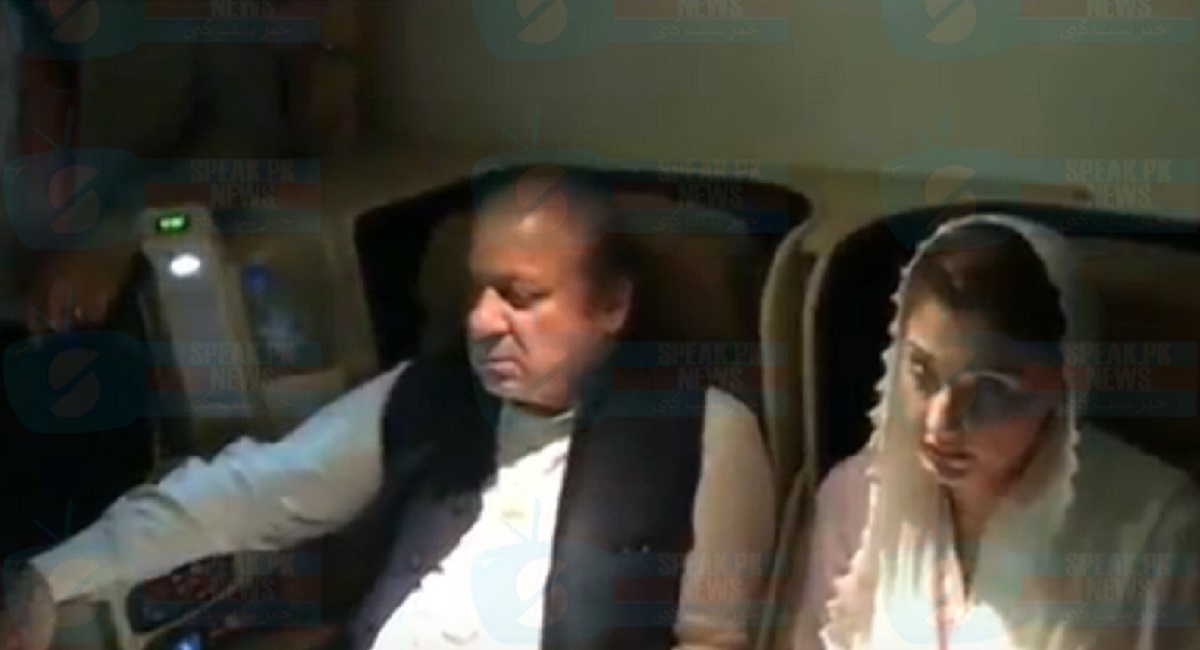 Lahore: Former prime minister Nawaz Sharif and his daughter, Maryam Nawaz, were both arrested on Friday night upon their arrival in Lahore from Abu Dhabi.

Nawaz Sharif and Maryam Nawaz arrived in the city from Abu Dhabi at 8:50PM after which the National Accountability Bureau (NAB) team took Nawaz Sharif and his daughter Maryam in custody directly from the aircraft.

The officials of the Federal Investigation Agency (FIA) confiscated their passports.

The Ministry of Law and Justice issued a notification stating that the accountability court would conduct trial of references against Nawaz Sharif and others at the Adiala Jail.

Many security measures were taken to prevent any trouble in law and order situation. Mobile and internet services were suspended in different areas of Lahore as well.

Nawaz Sharif was sentenced to 10 years in jail and Maryam  7 years jail term in the avenfield case.