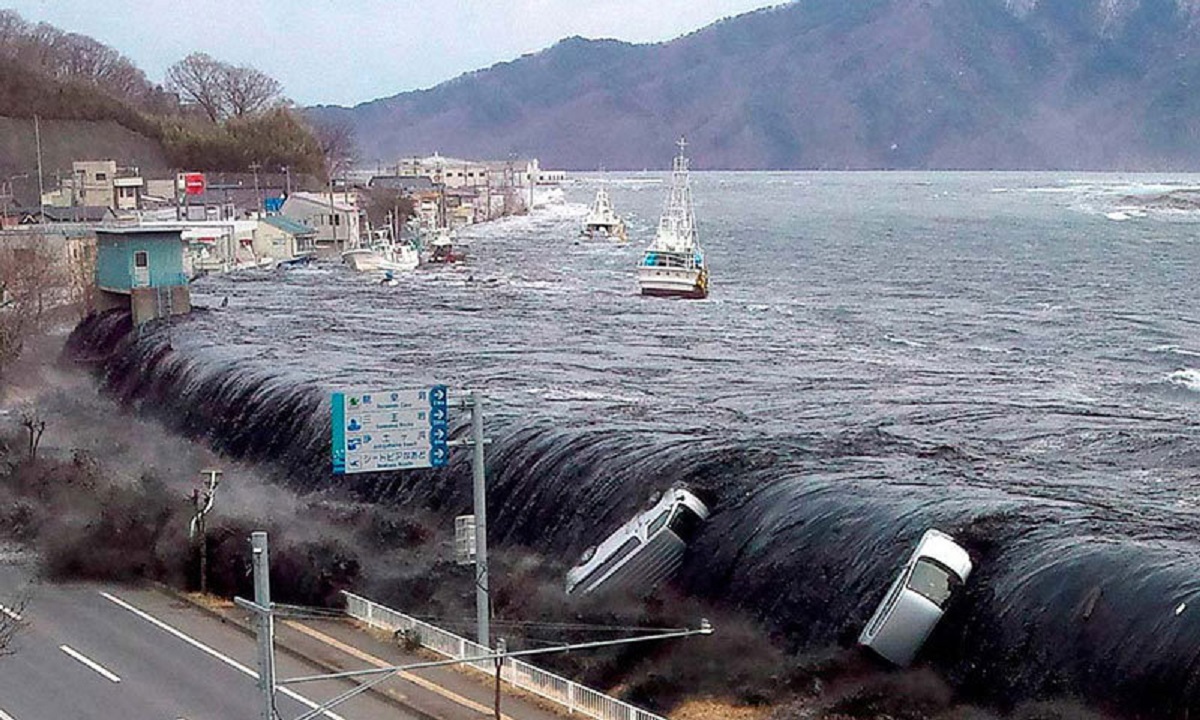 People are worried in Pakistan after an Indian man sent a letter to Indian Prime Minister Narendra Modi predicting a tsunami by the end of 2017.

The earthquakes can occur anytime and the worst part about earthquake is that it cannot be predicted with the currently available technology.

Recently an Indian man named Babu Kalayil, who claims to have some have extrasensory perception, wrote a letter to the Indian Prime Minister Narendra Modi, informing him that a disastrous tsunami is about to hit eleven nations by the end of 2017 (In december of 2017).

The news went viral on social media and people are worried about it because Pakistan’s name is among those eleven countries where the Tsunami is predicted by him.

Below are the nations where the disastrous tsunami will hit according to him:

“THIS VIGOROUS EARTHQUAKE CAN BE SHARED THE ENTIRE COAST OF THE ASIAN CONTINENTAL AREAS. MOREOVER THIS THE EFFECT WILL EVEN REPLACED THE BOUNDARY OF THE SEA SHORE.”

Babu Kalayil is director of the Kerala-Based Group and below is the letter which he wrote: 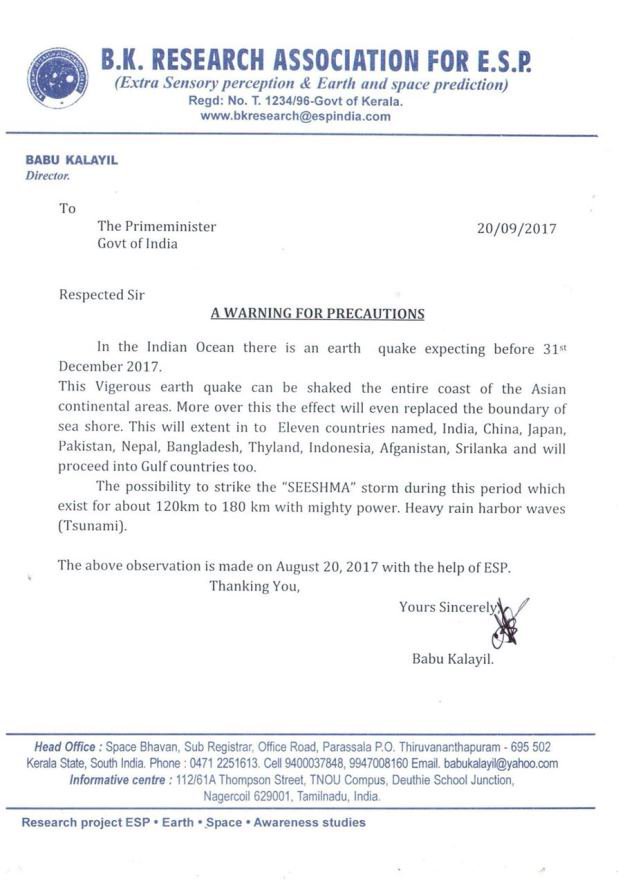 Officials in Pakistan have taken his warning seriously and have kick started preparations to handle such situation if it happened, according to report by BBC Urdu

“This prediction has no scientific justification, Albeit, we are preparing to save ourselves from its effects. ERRA has also started its work by writing the letter”

He further said its not possible to predict earthquakes.

“I contacted Japanese experts after this prediction but they were not aware of any technology which could tell about an earthquake in advance,” he said.

“Therefore, we should not ignore such information and should prepare because there is a threat of an undersea earthquake in this area and there have been tremors here in the past as well.”

This news went viral on social media and created panic in Pakistan as the country already faced many big earthquakes and the people are always worried about it.

Such predictions also took place few years back in the year 2012, where the world was predicted to end or face some big natural disasters on 21st December 2012 but nothing happened.