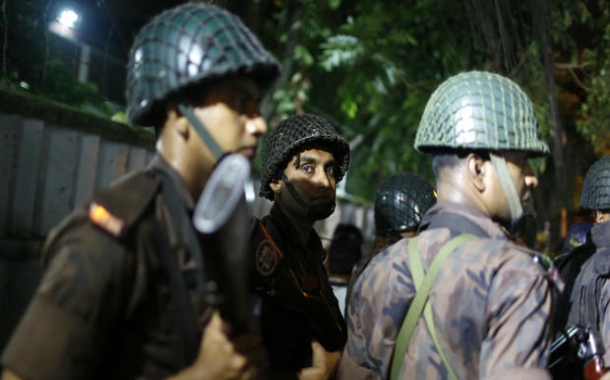 DHAKA: A gunman attacked a restaurant popular with foreigners in the diplomatic quarter of the Bangladeshi Capital on Friday, and two diplomats were killed.

According to details, two diplomats have been reportedly killed and many injured.

Three policemen were wounded by gunfire that erupted as police surrounded the Holey Artisan restaurant in upscale Gulshan area of Dhaka, a police officer said.

He said there were foreigners in the restaurant and that police was preparing a plan to enter the premises.

The U.S. State Department said on Twitter that there was a hostage situation in the diplomatic enclave of Dhaka.

Speaking from his house in the area, a witness said he could hear gunfire and that the situation looked quite bad.

A series of deadly attacks, mostly using machetes rather than guns, have targeted bloggers, atheists and religious minorities in Bangladesh in recent month.