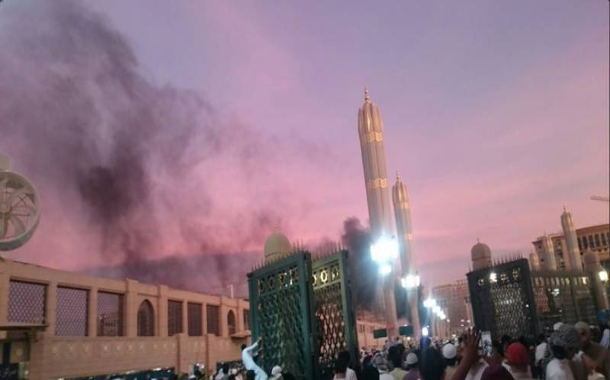 Four blasts reported in Saudi Arabia within one day. Near the US consulate in Jeddah, Qatif, and in Madinah near Jannat ul Baqi and near Masjid e Nabvi.

This is not a confirmed story as the news is still being confirmed by media. According to some reports, blasts are also heard near Masjid e Nabvi, but some says it was a cylinder blast.

Other then that, blasts have been reported near the US consulate in Jeddah, and outside a Shiite mosque in eastern Saudi Arabia, near Jannat ul Baqi.

May Allah bless and protect the Holy land, Ameen.