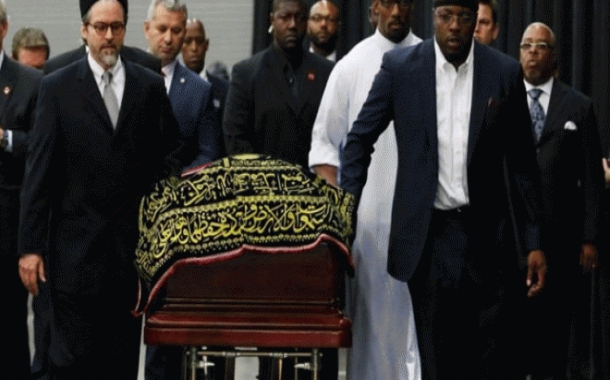 CALIFORNIA: Funeral prayers of the greatest boxer Muhammad Ali have been performed according to his Islamic faith.

Muhammad Ali’s funeral prayer were performed at Freedom Hall in Louisville, Kentucky. This is the place where Muhammad Ali had his first professional fight against Tunney Hunsaker.

The celebrities who attended Muhammad Ali’s ceremony and acted as a pallbearer were Will Smith, who portrayed Ali 2011 in a biographical movie, and former Heavyweight Boxing champion Lennox Lewis.

US President Obama missed the ceremony because of his daughter Malia’s high school graduation ceremony, the White House said.