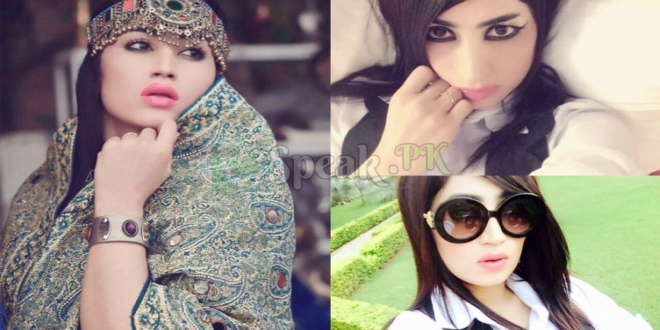 According to some rumors, real name of Qandeel Baloch is Shabana, she was born on November 15 1990 at a red light district of Lahore called “Heera Mandi”.

Now a days, a girl named “Qandeel Baloch “has attracted the attention of social network users of Facebook, twitter etc.

Qandeel Baloch post her bold videos on social media networks to grab attention of her followers. She’s the girl who recently announced to do a strip dance if Pakistan won cricket match.

But who’s this girl and why is she doing all this? Well no one can give the exact answer, but based on some rumors, she’s doing all this for the purpose of grabbing attention of people. According to rumors, her real name is not Qandeel and even her caste is not Baloch.

Qandeel baloch got masters degree from a local university and she can speak in Urdu, Punjabi, Searaiki, Pothohari and English.

It all started when she wanted to work in some TV dramas, and actually worked in some dramas but all those failed. Then a peer advised her to change name, so she changed her name from Shabana to Qandeel, and added Baloch as her last name.

She tried to be a singer and attempted to give audition on Pakistan idol show of GEO TV but she failed in it as well.

After all these failures, one of her friend suggested her to start uploading bold videos on social media for getting famous, and that’s how she got famous using such cheap ways.